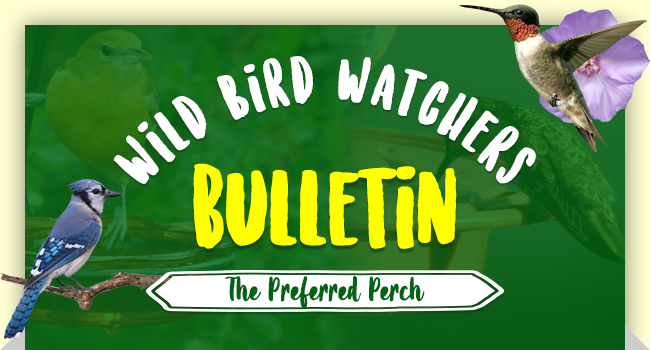 There is no doubt that the year 2020 has been a year like no other. Filled with challenges and experiences that none of us would have ever dreamed we would be a part of in our lifetimes. We must always look for the silver lining in every situation and there is certainly one I have witnessed. It is to see how many people turned to or even re-discovered the joys of nature. Wild birds in particular caught the eye of many as more people worked from home and took the time to observe and enjoy the sights and sounds of birds in their backyard. As far back as history can show, humans have been fascinated with birds. They have inspired us so much that they have given us the gifts of flight, music, dance, art, and even fashion. Many of us take for granted what birds truly mean to life on earth, they are our pollinators, insect controllers, garbage collectors, and even indicators of environmental issues. The declining populations of songbirds has become a very hot topic in recent years so here are some reasons to appreciate and celebrate the world of birds. 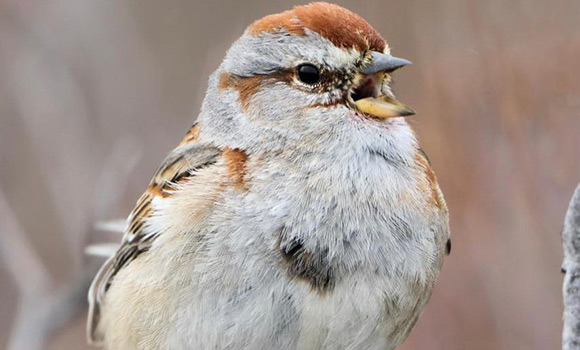 One of the most famous classical musicians, Beethoven was a genuine nature lover. Much of his music was written inspired by the sounds of nature such as symphony no 6, The Pastoral, a true nature masterpiece. It has often been described as taking a walk through the woods as the music interprets the calmness of walking through the forest and all the magical sounds you hear as it moves along into the chaos of a storm. As the symphony plays on, Beethoven includes the songs of the nightingale which was played with a flute, a cuckoo bird played by clarinets, and a quail is represented with the oboe. This piece was completed in 1808 and by this time Beethoven had complained how his hearing had begun to fail him to the point it affected him clearly hearing the calls of birds that were his dearest inspiration. 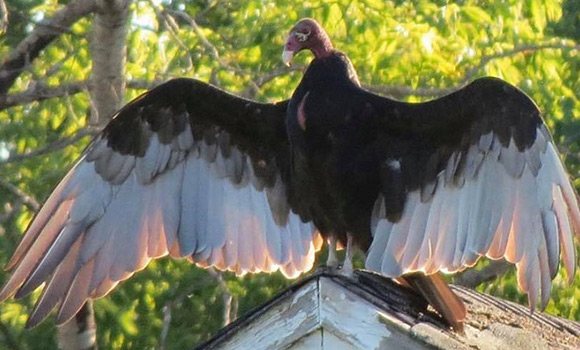 Flying is something every child dreams of doing. I can tell you when I was young, my brothers and I attempted this on many occasions jumping off the roof of the garage with everything from garbage bags tied to our arms to cardboard and the list goes on. I can still hear the thump as we hit the ground faster than any plane can fly! Birds fly so effortlessly it looks so easy but it certainly isn’t as we quickly learned. Birds have such streamlined bodies that air just flows over them with such smoothness and ease. Engineers have studied birds in flight and still do till this day to perfect the art of flying. Everything about birds has aided in plane designs. Smooth feathers made for the glossy surface of planes to prevent air resistance, the shape and movement of bird wings was mimicked to deal with air pressure during lift off and landings as well as fuel consumption. Future plane designs are expected to include the ability to move the wings as needed to make it easier to steer, be more aerodynamic, and to just make flying easier and more efficient. 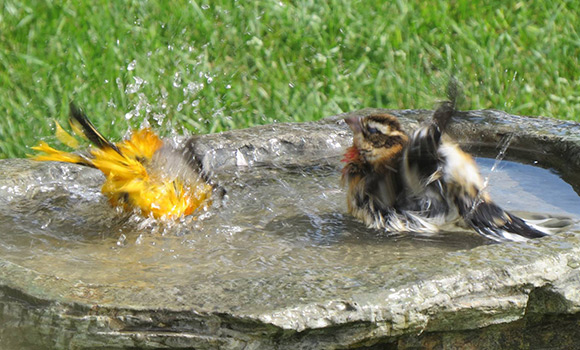 The amazing mating rituals and dances of birds is truly nothing short of spectacular. There are the elegant touches between cranes as they flare their feathers and tenderly move around each other with the male offering the female the first twig to build their nest. The remarkable water dance of Grebes is a dance so fine and filled with outstanding perfection by a duo that it almost seems impossible. These perfected moves of two are often seen in figure skating, dancing, and synchronized swimming. The mating rituals of the unbelievable family of the Birds of Paradise found only in Papau New Guinea are without a doubt some of the most intense and glorious courting dances ever witnessed. Many cultures have created their own ethnic dances and attire from the birds of their regions. Whether it’s an African Tribal Dance or an Indigenous Powwow, the moves, the showy outfits, and the colours are inspired by birds.

There is no question that birds do inspire us all every day. Waking up to the cheerful call of a robin in spring, or the wonderful song of a wren in summer, to the friendly voice of a chickadee in winter are all sounds that inspire our spirit. The honking of flocks of geese as they arrive in spring is a sign of renewal and hope for the season after a long, cold winter. To be near a lake and hear that soulful call of a loon is magical yet mysterious as it echoes in the distance. Birds are truly an inspiration and a necessity to our lives in so many ways. They are sacred creatures that should be honoured and protected always for the well-being of our planet and ourselves and, to inspire us forever.

As we enter a new year, I hope we can soon leave behind all the turmoil of 2020 and be able to find some normalcy in our lives once again. I am grateful for all the new nature lovers I have met this year and can only hope that their new love of the natural world will inspire them and bring them much joy for many years to come. 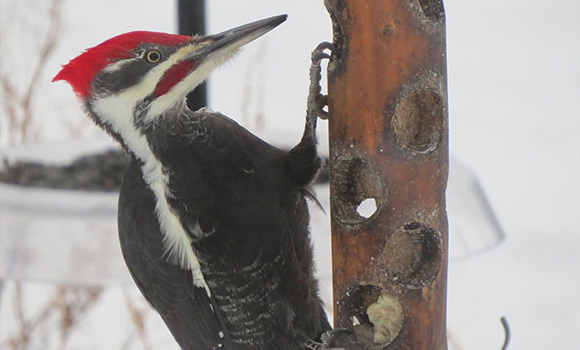 The sports industry has benefited from of all things, a woodpecker. The latest designs and creations of helmets and other head gear to prevent concussions comes from the the brilliant design mother nature gave to woodpeckers. After studying the inside of woodpeckers skulls, scientists have been able to re-create that protection to prevent many brain injuries in humans.

Sign up now to receive monthly bird watching information, tips and tricks, store specials, and much more! By submitting this form, you are granting: The Preferred Perch, 4-1604 St. Mary's Road, Winnipeg, MB permission to email you. You may unsubscribe via the link found at the bottom of every email.